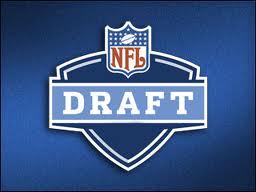 In case you missed it earlier this morning, ESPN and nfl.com have come to an agreement with their employees to keep draft picks private until they are announced live on air.  Otherwise known as, don’t release picks via Twitter, early.

Thinking back to last year, I remember there being a large outcry about draft picks being announced via Twitter before they were called out on ESPN.  Fans were all up in a stir over the situation.  In order to save face, ESPN and nfl.com did what they thought they had to do this season, and quash the whole ordeal.

Then I started thinking about it some more.  I put myself into the shoes of those fans.  Instead of the NFL Draft, though, I thought about other sporting events.  Maybe a basketball or baseball game that starts before I get off work and I have recording.  Maybe I have something that needs to be taken care of on a Sunday and I have to watch the football game later (although, that IS NEVER an excuse).

You know what I do in those situations?  I take my happy backside right off of the Twitter machine and remove myself from any opportunity to see what is going on in such said event.  This happens to be a much less stressful exercise than dodging tweets or Facebook messages.

But in the world we live in today, the one where EVERYONE is entitled to their own opinions, and especially on a medium such as twitter?  Such actions as I have described are just not possible.  It is far easier to complain about something than to actually take charge of your own actions and step away from any conflict.

That is why ESPN and nfl.com were forced to come out this morning and say they have talked with all employees and have them not send out draft picks before they are announced.  That actually gets me thinking of something else.  What in the world does it matter how you see who is drafted?  Or whether it was online or television first?

Talk about pettiness.  You know you have far too few things going on in your life if you relegate yourself to such petty bickering as “Oh, the pick came out on Twitter before television!”  Get a grip, folks.  Is it really that serious?

It looks to me everyone must love the sound of Roger Goodell’s voice.  You can’t seem to stand it during the season, why do you want to hear it the last weekend in April?  I would love to sympathize with those of you that just NEED to wait those extra five seconds to hear the pick called out.  Then again, my time is far too valuable.  If the pick comes out on Twitter first, it just saved a few precious seconds in my life.