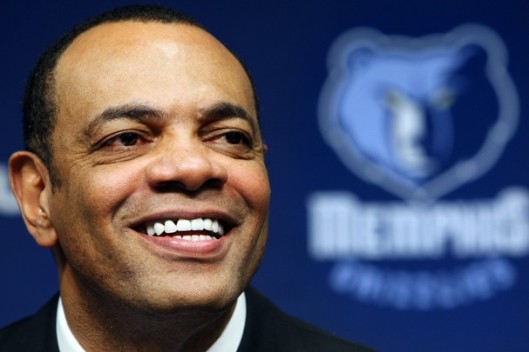 It’s not often a coach gets let go by a team he has been with for 14 years.  Much less a team he coached to a conference finals appearance that very same year.  Such is the case with Lionel Hollins.

Hollins, the winningest coach in Memphis Grizzlies history, was let go by team management on Monday, two weeks after leading the franchise deeper into the playoffs than they had ever been.

Hollins joined the franchise back in 1999 while they were still in Vancouver.  He took over as the interim head coach that season and guided the team to an 18-42 record.  He would again serve as the interim coach in 2005, after the firing of Mike Fratello.  His final stint as interim coach would come in 2008, when the team fired Mark Iavaroni.

Former owner Michael Heisley would bring Hollins on as the full-time head coach in 2009.  Since becoming the head coach, Hollins guided the team to 3 consecutive seasons in which the overall team record would improve, culminating with this season’s 56 win team; a franchise record.

The release of Hollins wasn’t unexpected, except for those fans that are stuck in a closet somewhere and refuse to believe in reality.  Ever since new owner, Robert Pera, took the reins of the team back in November, it’s been widely speculated Lionel Hollins would be out at the season’s end.

It has been no secret there was contention between Hollins and the new ownership group.  Quoting Hollins in a press conference earlier in the season, “They (the ownership) are on a champagne diet with a beer budget.”  It’s not often you can call out your boss like that and stay employed.

It will only be a matter of time before everyone knows where the franchise will go from here.  Not only is Hollins out, fan favorite Tony Allen is an unrestricted free agent; able to sign wherever he chooses.  The team could easily be set back several years because of this move.

1 thought on “Lionel Hollins, Author of Grit and Grind, Walking Out of Memphis”